Aside from being a physician assistant, Melissa is an energy medicine practitioner and spiritual mentor and is on a mission to help “bridge the gaps” in healthcare. She helps people free themselves from emotional pain without reliving the past so they can be the highest versions of themselves and fulfill their heart’s desires.

Melissa is known for helping bridge people from sickness to health and from darkness to light. She does BIG PICTURE work, helping people see how they too are here on a mission to do big, meaningful things. 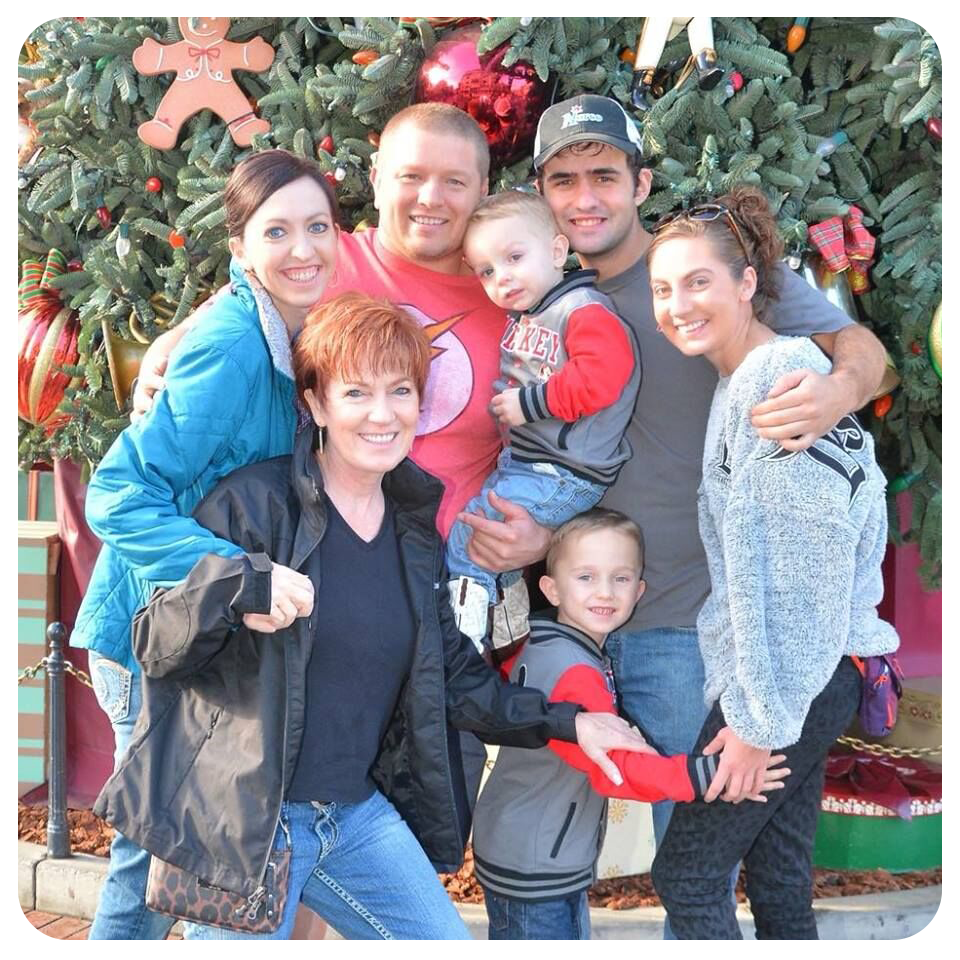 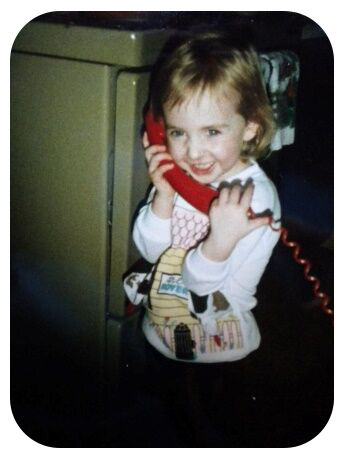 It started when I was three

I was born in Mountain Home, Idaho. My stepdad worked for the post office. My mom owned a travel agency for a while. Then she was a loan officer who specialized in mortgages. When I was three years old, my mom took me to a nursing home. We were dropping off some treats for the patients there. The patients were sitting in a common area, in a circle. Many of them were in wheelchairs. Some were in recliners. A lot of the little kids would act shy or uncomfortable in this situation, right?

Not me. I walked up to every single person and shook their hand. Mom was pretty amazed. What three-year-old does what I did?

For The Longest Time, I Didn’t Realize I Had A Gift

Growing up, I thought I was just “overly emotional.” I’ve been sensitive to what people around me feel, for as far back as I can remember. If they were sad, happy, irritated – whatever it was – so was I. They always felt better after talking to me, but I felt emotionally drained. Being at places like the mall, where there were a LOT of people around, sucked the life out of me. I often had to “sleep it off.” My gut feeling was spot-on. I “knew” things about people and situations I had no “logical” way to know. Those infomercials asking you to sponsor a child in another country were ROUGH. The children featured always have a deep sadness behind their eyes. I always seemed to take it on, to the point of dissolving into sobbing mess for the rest of the day. I soon learned to change the channel when those commercials appeared. 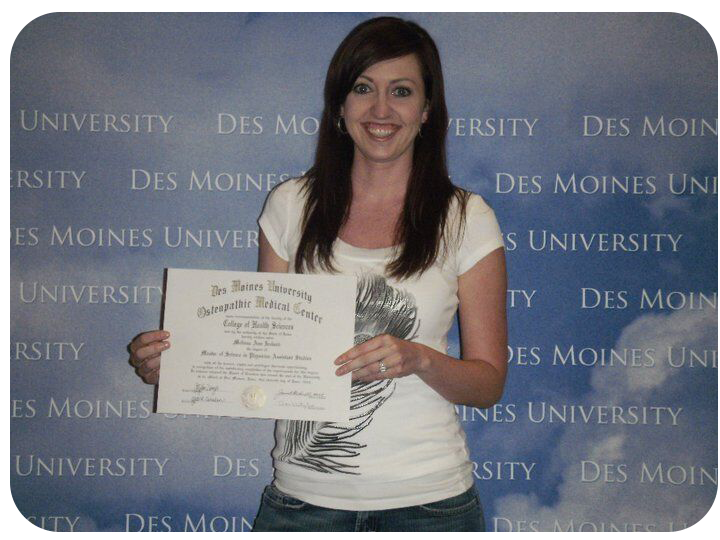 I Was Always Drawn To Helping People

In school, I LOVED being a Natural Helper. And I was involved in several student body activities. In college, I worked as a Certified Nursing Assistant in a nursing home, and to this day I remember a special connection I had with a resident. It’s still imprinted on my heart. He had ALS. I watched as his symptoms progressed. His family would not come visit, but he and I became like family. He wasn’t able to speak, but he and I didn’t need words to communicate. He loved watching ESPN and having chocolate ice cream on Fridays. There were times I was called in to help with the communication barrier as his time on Earth neared its end. I’ll never forget the day he looked at me with a tear of gratitude in his eye. My next job was at a Neonatal Intensive Care Unit during the undergraduate portion of my education at Boise State University. After graduating with a Bachelor’s in Science and a Psychology minor, I was accepted to the Physician Assistant Master’s Program at Des Moines University in Iowa.

I first noticed it during my ER rotations. There was an odd correlation between how I felt and the symptoms patients were experiencing. I always had a headache, nausea, stomach ache, body pain, or a combination of it all. Yet patients would tell me they felt better after I touched them. It happened over and over, so I knew I wasn’t imagining it. During one of my rotations at a clinic—one I would later work at full-time—I touched a patient, and he looked at the doctor and said, “Gosh, when she touches me, I can see colors.” Other people had said similar things. But until that moment, I hadn’t thought much of it.

The Last Place Someone Like Me Wanted To Be

The month after my ER rotation, I was assigned to a facility in a small, rural town. It was part adult sex offender prison, and part inpatient psychiatry ward for both kids and adults. The facility was built in the 1800’s, and reminded me of the dark, creepy “psych wards” you see in movies. Its vibe was so sinister, even my husband sensed it, and hesitated to leave me there without him. On my first night, I tried my best to “tough it out.” I waited in the assigned dorm room and listened to wind howling through the loose windows. That dorm room made my skin crawl. I always felt like someone was watching me. I left that night, and checked into the local Best Western Hotel. I’d never experienced the feelings and vibes that I felt in that place.

On my last night, when the staff needed to help an injured child in the psychiatry ward, they decided to take a shortcut through the adult side of the facility.

A man—a patient—came out of his room. He looked at me, then tried to grab me. I ran. There was no security at this facility—just the nurses. Lucky for me, they were able to reign him in before anything more happened. They told me he was a diagnosed clinical psychopath with a fetish for women’s hair. He’d been attempting to get at mine. I couldn’t get away from that town fast enough. I headed back home to Idaho, to start my next rotation.

It was Here That I FINALLY Learned Who I Really Was

It was my first day, and I was super excited. The receptionist showed me to an exam room. An office visit was already underway. A woman—an assistant—was in the room, helping a patient. I kid you not: The moment I walked in that room, this assistant gave me the strangest look, and asked me to leave. I was a little taken aback—it seemed rude, especially for my first day—but I left and waited outside. When the assistant finished, she found me, pulled me aside, and asked where I had just been. What?? This assistant was a medical intuitive. She knew I’d been somewhere unpleasant. Without speaking a word to me, without being around me for more than a moment, she knew it. I explained about the sex offender prison/psych ward. She told me I had “taken it on,” and needed to be cleansed of the bad vibes I’d been exposed to. Hearing her explain this, a light bulb went off in my head. Dots were connected. Finally, I realized that I wasn’t just sensitive. And that feeling what others around me were feeling wasn’t “all in my head”.

I Had A Gift. And I Could Use It To Help People.

This medical intuitive was my first mentor. She started training me in how to USE my gift, not just “have” it. And she taught me how to shield / protect myself, and keep out things I didn’t want to feel. I sought even more training, and as I did, my own gift to heal came further and further into focus, like tuning a radio dial so it comes in crystal clear. About two years after starting with my first mentor, I began using my gift to help friends. Things expanded from there. Now I work as a Physician Assistant in family medicine (and previously in rheumatology). But I also have my own practice, where I offer spiritual mentoring and energetic healing. It is SO rewarding.

One of my clients, Natasha, suffered with severe endometriosis and infertility. Since college Natasha had taken 2 ibuprofen every 4 hours for the first 2 days of her cycle. It resulted in a “wrecked” stomach. She endured surgical procedures to help relieve these issues, but continued to suffer PMS and excruciating menstrual cycles. After I worked with Natasha for just 2 months, her PMS symptoms radically improved and she was able to lower her ibuprofen dosage to one per day! Another one of my clients, Jessica, was a college student struggling with what seemed to be “depression and anxiety.” She told me she always felt “different,” and like she never fit in. And she explained that she “feels everything.” After our first session I realized Jessica was SUPER sensitive to the energy around her. Over our next two sessions, we cleared her energy field, and I showed her how to create boundaries between herself and others. She learned how to not take on the energy other people. Finally she was able to see who she truly was. All the baggage from others she’d taken on over the years no longer held her back from being all that her heart desired.

There was also Dan. A brain tumor tormented him for eight years. There had been no change in it since he was diagnosed and Dan was nervous about his imminent annual MRI. Just two days after his first session with me, Dan went in for that nerve-wracking MRI. Imagine his astonishment when the MRI showed his tumor was completely gone. Doctors told him only an empty space could be seen where the tumor used to be. And they couldn’t explain it. Miracles happen through the LIGHT. 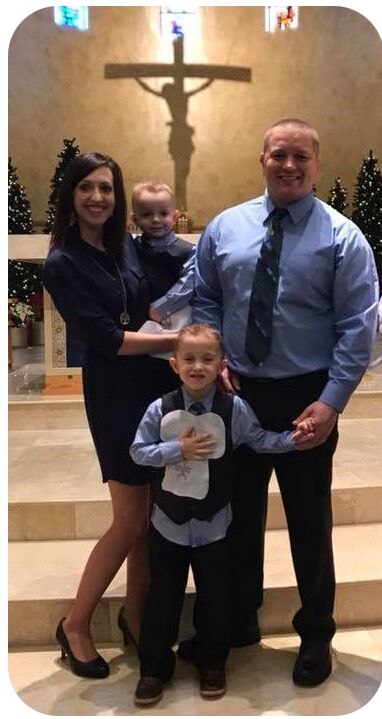 Are You Ready To For The Life You Deserve?

Generally speaking, when you visit a medical provider in a hospital or clinic, they do an excellent job treating your physical symptoms, which is a very important aspect. But we are more than a physical body. We have a soul and a mind. The soul, mind, and body need to be nourished and connected for all systems to run smoothly.

Melissa has an ability to help bring everything together. Think of her as a jumper cable that kick-starts the “engine” of your body’s natural ability to heal emotionally and physically. (Don’t worry, it’s a very calm and relaxed experience!) When your physical body, your mind, and your soul are all connected, life becomes sweeter. Best of all, you can get there without trudging through the awful parts of your past.

Are you ready to live out the next part of your soul’s mission and fulfill your heart’s desires?